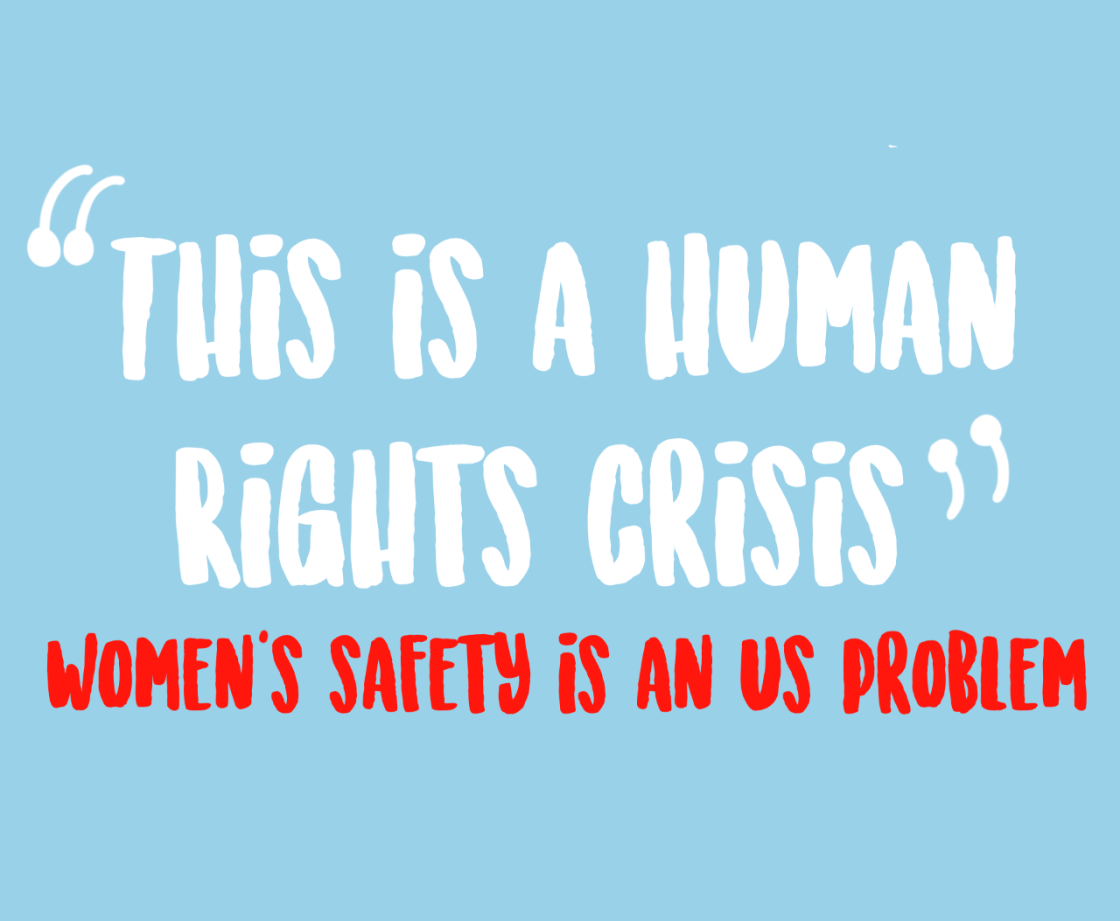 Trigger Warning: This post contains a discussion of sexual harassment and violence.

Sarah Everard goes missing in London and is believed to have been murdered. UN Women UK publish a survey which found that 97% of women between the ages of 18-24 has faced some form of sexual harassment and 80% of women all ages surveyed has ‘experienced sexual harassment in a public space’. Does this shock you?

Executive Director of UN Women UK said: “This is a human rights crisis. It’s just not enough for us to keep saying ‘this is too difficult a problem for us to solve’ – it needs addressing now.”

When I saw this report, I wasn’t shocked. I’m not exaggerating when I tell you that every single female I know, including myself, has been either sexually harassed, groped or has faced some kind of sexual abuse.

This crisis has been brought to public attention again because of Sarah Everard’s disappearance after she didn’t return home from her friend’s house in London.

This is a crisis. Women should feel safe, they should return home, they should be able to go out without being groped, sexually harassed, raped or murdered.

For women, the safety precautions we take is like second nature to us now, we just do it. But how often does it cross a man’s mind?

I don’t want to make this a women vs men problem because it’s not, it’s an US problem. But things will not change until everyone owns this as their issue and their crisis to tackle.

One day, I was walking home from the Metro (train) station after work in the dark and I was followed by a man in a car who had slowed down to match the pace of my walk. I panicked, I didn’t know what to do. When I turned onto my street I dropped my work pass and I had to turn back to pick it up. When I came home I told my boyfriend about what had happened.

Instead of making it a me problem, his first thought was what can I do to make sure you’re always safe when walking home in the dark? He consequently walked me home every time I finished when it was dark and I never felt unsafe again.

I understand that this is not always possible, but just by a man also making it their problem made me feel less alone, and that I wasn’t just responsible for my own safety.

This crisis needs to be fixed by giving people and young boys an education, like they get sex ed. It needs to be discussed around their family dinner tables at home. Don’t just assume your young boy knows how to behave.

I genuinely believe that some men I’ve met didn’t know they were sexually harassing either me or my friends, because they can be encouraged by their friends and they want to fit in.

We are angry, when unimaginable things happen to women who could have been your sisters or daughters, it strikes a nerve and brings up a discourse about similar, but luckily less extreme experiences.

The UN said this is a human rights crisis, so lets start taking it seriously.

To all the women who were told they were being “too emotional” or mocked for being on their period when suffering with a mental illnesses, today we work to break the stigma and bias. Wellbean is supporting gender equality today for a sustainable tomorrow #breakthebias #internationalwomensday
A cuppa and a sympathetic ear could save a life. Empathy and kindness will help break the stigma that is sometimes attached to poor mental health. This #worldmentalhealthday I wanted to focus on something simple we can all do instead of the onus being on the person with an illness 💕
Sharing a quote from my favourite author @mattzhaig from his new Comfort Book on #worldsuicidepreventionday 💜
I often share quotes from other people forgetting that I can also draw conclusions from my own experiences. This is what I learnt from depression…
What does anxiety do?
Bank Holiday wellbean check in. Which number are you today?