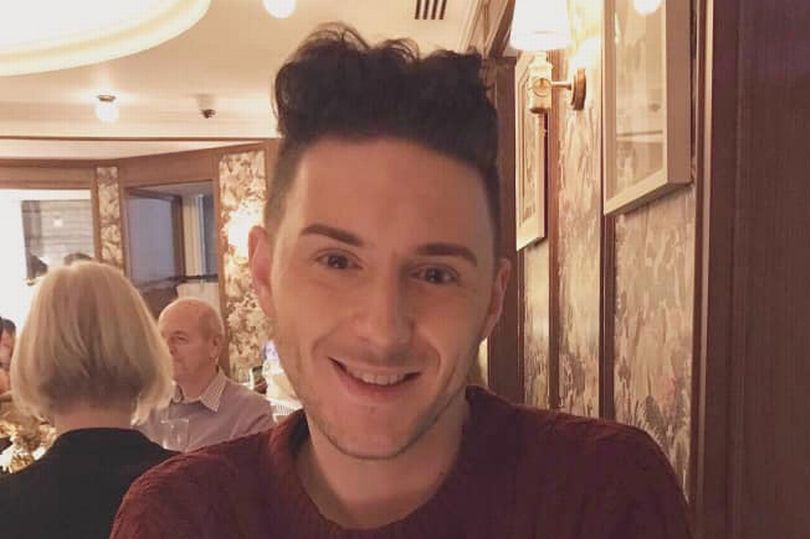 The power of uneasy conversations: How one London man was brought back from the brink of suicide

Trigger warning: This post contains a discussion about suicide which may upset certain readers. Do not read this post if you feel this may trigger you.

On Time to Talk Day last week, I was thrilled to see how many people in my work place engaged with the activities of the day and shared their stories.

We have an intranet system where our communications team share news and highlight key people working within our group. The team decided to shine a spotlight on Richard Duggan’s story on the mental health awareness day.

Richard is an Acting Brands Editor at SurreyLive. He wrote a raw and honest piece for My London about his mental health, which was also published internally.

Having suffered with my own mental health at university, I could really relate to Richard’s story, so I wanted to reach out. I asked to share Richard’s piece on my blog because his story demonstrates the power of having uneasy conversations, and how lifesaving it is to be brave enough to get over the fear and awkwardness of opening up.

Read more: How my workplace celebrated Time to Talk Day

This is Richard’s story…

It’s been six years since I seriously considered killing myself.

I can remember very clearly, despite being very drunk, sitting on the step of my back door and holding a knife in my hand.

I sometimes wonder whether I actually could have gone through with it.

On my good days I dismiss it as a moment of madness. I try not to think about it on my bad days.

Mental health has become a hot topic in recent years and I thoroughly believe talking about it saves lives – I know it saved mine.

In particular, there’s been a strong focus on talking about men’s mental health.

The grim reality is that suicide is the single biggest killer of men under 45 in the UK; 84 take their own lives every week.

According to the Office for National Statistics, in 2017 the region with the lowest rate of suicide was London with 7.7 people per 100,000.

But one life lost to suicide is too many.

It’s no secret that working and living in London can be stressful; everyone has a million things on their plate and it’s easy to sweep things under the carpet.

But it’s so, so vital to talk to each other about how we’re doing mentally – it’s also a two-way street.

I’m not sure when my battle with depression began but I was diagnosed during my first term at university.

That appointment with a GP I’d never met before gave my internal enemy a name and it’s a demon I will no doubt have to battle for the rest of my life.

During the first year of my Masters degree I went through a very bad break up and this triggered a bout of severe depression.

It’s not uncommon for people with depression to react badly to emotional upheaval.

In my case it led to heavy drinking, binge eating and obsessive cleaning.

My mental health crisis took me to a new level of low which saw me consider suicide – but I didn’t do it.

Somehow, through the haze of vodka and misery, I found myself unable to go through with it.

I couldn’t bear to think what it would do to my housemates.

It broke me to think how my death would devastate my family, who have already suffered losing loved ones to suicide.

So I put the knife back, turned off the lights and went to bed.

But what stopped me?

It was knowing I had a support network and people to turn to that ultimately saved my life.

Not everyone is lucky to have that – or able to see that they have that.

Having realised how bad my situation had become, I reached out to those around me and they brought me back from the brink.

Those were not easy conversations to have.

It was hard for those around me, who know me as the person who is always laughing and smiling, to know I was so low.

But, as we’ve seen from many high-profile deaths, the friend who cracks jokes and is the life and soul of the party is sometimes screaming on the inside.

I don’t regret talking to my loved ones – speaking openly about my feelings has meant I’ve never come close to that dark night again.

But if you don’t have someone close you can talk to, or don’t feel you can, there’s a whole host of organisations which want to help you.

It’s easy to brand the act of suicide as selfish; people who kill themselves are not selfish, their illness is.

That’s something I learned when I became a mental health first aider for Reach.

While I can’t go back in time and tell myself it’ll get better, I can make sure I’m open and honest about how close I came to ending it all.

If we don’t talk about mental health – good and bad – then we can’t make a difference.

If you’re feeling low, tell someone. If you’re worried about a friend or family member, speak to them about it.

It’s easy to forget to reach out to people, but a conversation can literally be the difference between life and death.