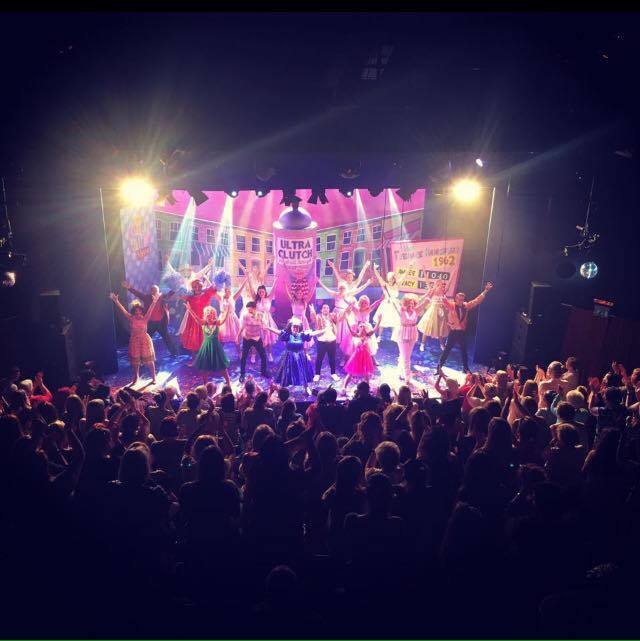 “I Know Where I’ve Been”: How one musical completely changed my life

When I first stepped foot in the Phoenix theatre I was the new girl in town. I hadn’t performed in a show since I’d left high school in 2012 and I was extremely nervous. I’d been in a long battle with my mental health and I decided that I needed to start doing the things that I loved doing again.

I’d seen that the theatre were auditioning for a production of Hairspray and I felt the way Tracey Turnblad felt about getting on the Corny Collins show. It was one of my favourite musicals and I thought this was an opportunity I simply couldn’t miss out on so I decided to take the plunge and audition.

At this point I needed the distraction and something to fill my time. I’d just gone through an extremely difficult break-up and was left totally heartbroken, so I was willing to try anything to make me feel like myself again.

The night before the auditions I couldn’t sleep I was so nervous. I prepared everything down to a T, from my outfit to my songs to what I was going to say if I was asked I wanted to be in the show. I decided I wanted to show them that I’d thought of everything so I dressed in the most 60s dress I could find in my wardrobe and I backcombed my hair into a beehive. I’m not afraid to admit I was desperate to be part of this production. I needed a way out of this suffering.

During the audition process we were taught a dance and we had to perform that back in groups, then we had to sing a song that wasn’t from the musical. I chose to sing Popular from Wicked because I figured it was cheeky and showed that I could play a character.

The dancing part of the process was the bit I was most nervous about because I had next to no dance experience, however I felt like the dance was easy enough to pick up, so I did the best I could do whilst bricking it inside.

The next two weeks I waited to hear back, but I didn’t hear anything. The wait was killing me so I decided to email the producer who told me I’d been invited for a callback. I couldn’t believe it, my first ever musical and I was getting a callback!

However this came with it’s own set of nerves. I was thinking what if no-one likes me, what if everyone knows everyone, and what if I can’t actually do it? In the audition process I spoke to a girl I used to go to school with so I knew that there would at least be one person I knew, but I didn’t know if she’d got a part at that stage.

In the first rehearsal I was thrilled to find out she had. But the first couple of weeks were, well, awkward. It turned out everyone didn’t actually know each other, and we were all really polite and quiet.

I had really bad anxiety at the time and before one rehearsal I cried my eyes out because I was so anxious about going. I thought about dropping out and not going. But I decided I’d give it one last go and I’m so glad I did.

The months that followed consisted of a lot of hard work, in my first proper dance rehearsal I found it so difficult I honestly thought I’d never be able to do the show. I felt like the worst dancer in the room (I probably was) and that if I didn’t quit myself I’d probably be told to leave.

Something hit me that day though. I thought “no I’m not giving in, I’m going to do this and I’m going to be good,” so I asked the girl who I knew from school if she’d help me. We’d become friendly again at that point and I knew she was an amazing dancer. So for the few weeks that followed we rented out a dance studio together for an hour and practiced the routine.

From then on, although rehearsals were hard, I really enjoyed them. I made new friends and I found a confidence I never knew I had in me.

By the time show week came around, I never imagined in my wildest dreams that I’d have that much fun. I couldn’t believe that I’d gone from a heartbroken mess, who didn’t want to even get up in the morning, to a girl that was singing and dancing on stage in front of a room full of people.

Most nights we had full audiences, the shows we’re high energy and at times because of quick dress changes VERY stressful, but it paid off. Finishing the show with that last air punch, and seeing the audience standing on their feet was absolutely phenomenal, I don’t think I can even explain the feeling. If I had to describe a moment where I could say, it’s the happiest I’ve ever been, it would probably be that moment.

I never really fully told the people in the show how much it meant to me, but I can honestly say it did change my life. It gave me my confidence and independence back and from then on I have continued to perform and meet new people and live a happier life. So I guess it is true, you really can’t stop the beat.

A cuppa and a sympathetic ear could save a life. Empathy and kindness will help break the stigma that is sometimes attached to poor mental health. This #worldmentalhealthday I wanted to focus on something simple we can all do instead of the onus being on the person with an illness 💕
Sharing a quote from my favourite author @mattzhaig from his new Comfort Book on #worldsuicidepreventionday 💜
I often share quotes from other people forgetting that I can also draw conclusions from my own experiences. This is what I learnt from depression…
What does anxiety do?
Bank Holiday wellbean check in. Which number are you today?
Here are some ways you can #connectwithnature this #mentalhealthawarenessweek (swipe along 👉🏻) how do you like connecting with nature?