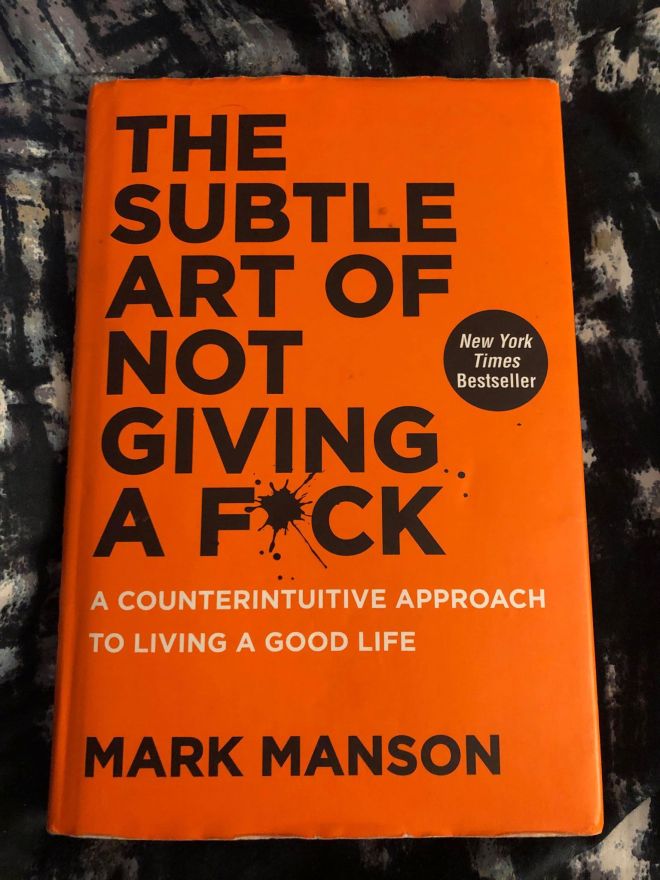 Have you ever read a book and thought, yes I totally get this and everything all of a sudden just clicks into place? Well that’s how I felt when I read The Subtle Art of Not Giving a F*ck. This book speaks my language and I can relate to every last word. It might be a bold statement to say that it’s the best book I’ve ever read but I can honestly tell you without a shadow of a doubt, it is. When I finished reading it I felt like I wanted to track down the author Mark Manson and shake his hand.

What makes it so great you might ask? Well I’ll tell you in five concise points. I will also follow this up with a full review of the book at a later date.

Firstly though I’d like to give you some context about the premise of the book because it is an unusual approach and very profound, but if you bear with him it makes complete sense. He is not saying don’t give a f*ck about anything, what he is saying is you need to choose better the things to give a f*ck about.

Best-selling author Steve Kamb says the book “hits you like a much needed slap in the face from your best friend.” I couldn’t agree more. I often imagine Manson being like that drunk guy in a bar who gives you life advice and you don’t listen to them because you pass them off as just another drunk, but actually they are super wise.

Here are the reasons I think it’s great.

The counterintuitive approach to self help is something I’ve never considered before. It took me a couple of chapters for this to actually sink in, but when it did I had a eureka moment where I thought: ‘OMG he’s right!”

The value of suffering

The historical stories and personal anecdotes are so well placed that they really demonstrate the point Manson is trying to make. My favourite story is of Second Lieutenant Hiroo Onoda of the Japanese Imperial Army who was ordered to never surrender to the Americans, and although he was told by the army to surrender, he never did no-one could find him. What happened next is hilarious, but I don’t want to spoil it for you! What I love about this story is that it teaches you is about the value of suffering and how you decide what to make a priority in your life.

The opposite of ‘preachy’

It’s so easy to read, it’s not filled with self righteousness that can often come across ‘preachy’ in other self help books. In the beginning of the book Manson explains why positive thinking books have a negative affect on society like you wouldn’t even believe.

If that’s not irony, then I don’t know what is

As Manson’s philosophy is to not give a f*ck, he clearly wouldn’t have cared as much if his book sold or not, yet he became New York Times’s best seller. If this doesn’t hammer home his point I don’t know what will.

It’s hilarious. Manson talks about one of his blog posts where he thought he was citing a famous philosopher, until someone pointed out he was actually quoting Spiderman. This is what is great about the book, he’s not afraid to take the piss out of himself and I think it’s fan-bloody-tastic.

You can pick up The Subtle Art of not Giving a F*ck on Amazon for £10.36. It’ll probably be the best tenner you’ve ever spent.

This content contains affiliate links. When you click on a link and buy a product I get a small commission to help me keep this blog running. I never link to anything that I don’t think is perfect for you and that I wouldn’t recommend even if I wasn’t getting paid.﻿

Sharing a quote from my favourite author @mattzhaig from his new Comfort Book on #worldsuicidepreventionday 💜
I often share quotes from other people forgetting that I can also draw conclusions from my own experiences. This is what I learnt from depression…
What does anxiety do?
Bank Holiday wellbean check in. Which number are you today?
Here are some ways you can #connectwithnature this #mentalhealthawarenessweek (swipe along 👉🏻) how do you like connecting with nature?
We’re all on different paths and sometimes we won’t understand what each other are doing, but accepting that we all have to do what is right for each other will give us a sense of freedom ✌🏻 •